Are Investors Ready To Change Their Minds About Psychedelic Drugs?

In 1967, Jimi Hendrix’s “Are You Experienced?” became the anthem for a generation of psychedelic initiates.

Over fifty years later, at the recent Economics of Psychedelic Investing conference, the cultural touchstone was Michael Pollan’s NYT bestseller, ”How to Change Your Mind.” And as Lewis Goldberg, Principal of KCSA Strategic Communications, noted to the 200-plus attendants, it should have already been required reading for everyone in the room.

As the book’s title suggests, for those with intractable depression, end-of-life anxiety, PTSD and addiction, psychedelic drugs like psilocybin, ibogaine, MDMA, arketamin and LSD can literally change their minds. And it is the therapeutic potential of psychedelic drugs to treat the profound distress of Western society, and the inherent economic opportunities that entails, that attracted a group of entrepreneurs, investors, potential investors and other psychedelically experienced and curious to the NYC event. Some had leveraged their success in the early cannabis green rush and are already riding the psychedelic third wave. Others were eager not to miss out on what may be the next big opportunity while the industry is still in its infancy.

As Debra Borchardt of Green Market Report, who organized the sold-out event, observed, “The fast emergence of companies wanting to be first to market on psilocybin and other psychedelic drugs reminds me of the early days of the cannabis industry. I think the biggest difference here is that the psychedelic industry is more focused on medicinal uses because there isn’t a large demand for recreational uses – not at the same level of cannabis.”

The parallels between cannabis’ transition from outlaw drug to mainstream medicine and that of psychedelic drugs was a recurring theme during the half-day conference, as were the differences.

Both involve converting a capricious and infinitely varying botanic medicine into a consistent and replicable pharmaceutical drug that can pass the FDA hurdles to ultimately be covered by insurance. Without that, the costs for psychedelic drug therapies, which can require significant professional involvement pre-, during and post-treatment, would be prohibitive.

Further complicating matters, like cannabis, many of those psychedelic substances are classified under Schedule 1, with all the obstacles to research that entails. Yet as Dr. Terence Kelly, CEO of Perception Neuroscience, noted, the regulatory authorities are very familiar with psychedelic substances and tend to be cooperative regarding their research. Compass Pathway’s FDA-approved study of synthetic psilocybin for treatment-resistant depression, and MAPS’ study of MDMA for PTSD are two cases in point.

There are other practical matters, like how to scale up growth of a mushroom that is cultivated on manure for large-scale industrial needs. And as Jay Pleckham and Leonard Leher of Back of the Yards Algae Sciences explained, they are already on the job.

Another issue that both cannabis and psychedelics have successfully addressed is how to avoid unwanted psychoactivity. Keynote speaker J.R. Rahn of MindMed described the company’s acquisition of 18-MC, a synthetic compound related to ibogaine but stripped of its hallucinogenic properties, that is being developed as a drug for treating addiction. Fortuitously, the previous owners of the drug IP had already cleared initial clinical studies, moving it further along on the regulatory pathway. Another huge advantage in the company’s favor is that the drug is not classified under the Controlled Substance Act. But perhaps the most compelling case for the company is the real and pressing need for an effective anti-addiction solution in a country ravaged by the opioid crisis.

Another way that both cannabis and psychedelic drug developers are deriving medical value without unwanted psychoactivity is through microdosing. Interestingly, at very low doses, LSD has been shown to be a potent anti-inflammatory agent. Shlomi Raz of Eleusis described how his company is testing microdoses of LSD initially to treat retinopathy as a proof of concept before addressing the much more formidable chronic-inflammation-related Alzheimer’s disease.

Both the cannabis and psychedelic industries are being called upon to redress the inequities and consequences of decades of prohibition their businesses are built upon. In the case of psychedelic drugs, Shelby Hartman, co-founder and editor-in-chief of DoubleBlind Magazine, emphasized that the sacred use of psychedelic plants by indigenous peoples must be honored as well.

Other common themes arose, including the question of what is lost when a psychedelic plant is converted into a pharmaceutical drug. Is there an “entourage effect” that is sacrificed when the natural psychoactive compound is isolated and synthesized? Should access to the medicine be controlled by for-profit companies, or should everyone be free to grow their own? And is it possible to experience true healing without the “trip”?

Perhaps where psychedelic drugs and cannabis most diverge is in their timeline to market. The need for robust clinical trials entails a significant outlay of time and funding. For potential investors, supporting companies to enable their clinical trials was one suggested way to get involved at this early stage of the game.

But some companies are taking advantage of the ready availability of substances like ketamine, which have been approved for other uses – in the case of ketamine, for anesthesia. Along with its other longer-term R&D projects, Canadian therapeutic psychedelic company Field Trip is already establishing psychedelic drug-assisted therapy clinics in Canada, and will soon be opening branches in Los Angeles and New York.

The movement to decriminalize psychedelic drugs for public access is making symbolic headway in places like Oakland, Denver and Oregon. But while masses of cannabis consumers magically appear as soon as new legal markets open up, as they did most recently in Illinois, whether there will be such a voracious market for psychedelic drugs is not so clear. There is a reason why psychedelic drugs are considered to have the lowest potential for abuse. A psychedelic experience can be as daunting as it is life-transforming.

Still, the practice of microdosing psychedelic drugs is well-established in Silicon Valley, where it is considered as a way to support creativity and focus. And as one participant in the conference divulged, there is a significant underground of psychedelic microdosers in New York City as well.

After hearing from companies including Atai Life Sciences, MindMed, Eleusis and others, the excitement among participants in the room was palpable. Something indeed is happening here.

At this point, with the psychedelic movement well into its third wave, investors may want to ask themselves, if they aren’t experienced, perhaps it’s time to change their mind?

NEW WAYS IN OUR LIVES

€90.0 – €250.0
SIGN UP TO OUR IN∞ SOCIAL MEDIA TO PARTICIPATE, a place where you generate IN∞ EXCHANGE CURRENCY just by being present 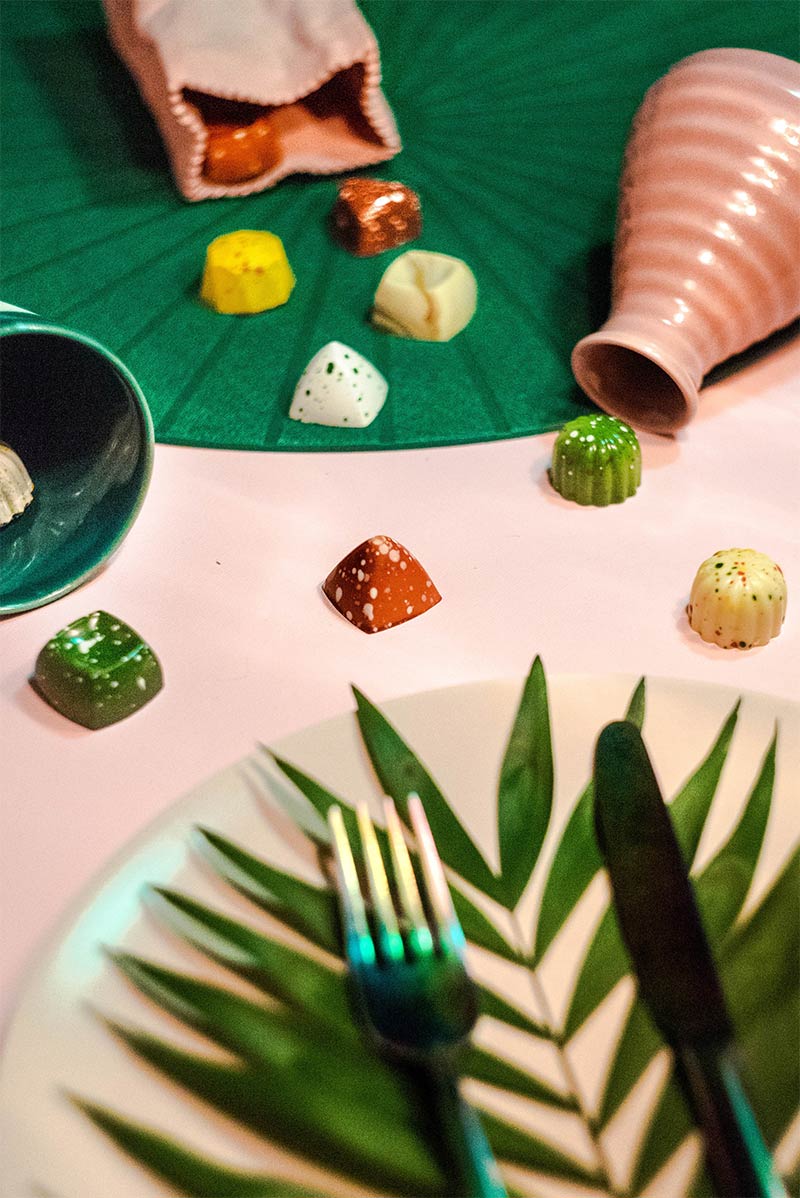 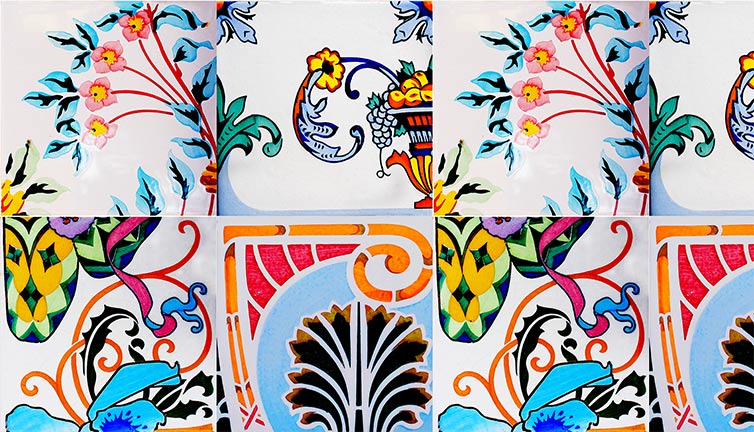 Tell me more about it

There has been a problem with your Instagram Feed.

Conquering Anxiety And Depression With Ayahuasca